What to do with my comic book collection?

I can recall the first issue of the Uncanny X-Men that read from cover to cover was #176 back in 1983.

I recall the excitement of realizing the story was not over and that there was an additional story yet to happen. I was discouraged, at first, that I would have to wait a month to be able to read on. However, I recall the realization, even at that earl age, that there were 175 issues before this one, which meant there was a lot more still to read up on! It was then I started collecting comic books. I would pick up issues from either local variety stores and then a few years later, when I was able to venture the streets of downtown Toronto, I discovered four big classic comic book stores; Dragon Lady Comics,Shining Knight, Gray Region(original location on Queen Street) and the still in existence Silver Snail. I recalled I had a Grey Region membership card and would pick up back issues on their frequent 50% off back issues sales. I still have a few of those in my old collection of books. Collectors used to line up down their staircase for a chance to pick two to three items off their wall for the 50% discount. I recall the line up going out to the street every time and that is a sight I have not seen in any of the comic book shops of today.

Years later I started buying comic book directly from a distributor off of the 401 and Appleby line, for the life of me I cannot recall he name of that comic book distribution center. I do recall getting their catalog and ordering for a discounted price off the cover value as long as a certain amount was placed. You were also able to go through back issues for a discounted rate. I recall picking up a lot of the X-Men titles from the 87 Fall of the Mutant series way back for 60% of cover value back then.
Most of these comics I was selling at flea markets and managed to only keep one copy a piece for my own collection. Occasional I have a few issues that have a few more copies. My inventory was split with my comic book partner at some point, who sold all of his issues, however my collection of over 20 boxes 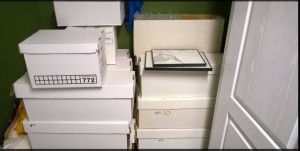 still remains with me to this day. It has been almost 20 years since I have been actively collecting comics, I wanted to explore what the value may be and the best approach to making some money back on this old investment. I needed to find a place to record all my titles and a way to figure out which ones were in demand and of a fair sized vale. I have some good leads to complete this initial steps and in the days to come I will post and update the findings. 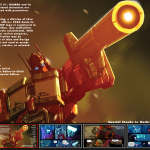 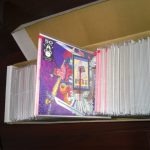