What Are This Century’s Most Important Comic Superhero Films?

What Are This Century’s Most Important Comic Superhero Films?

If we had to define the biggest trend in cinema in the 21st century, it would almost certainly be the adaptations of comic book superheroes. While this is something that happened long before the year 2000, this century brought about a massive increase in studio attention toward these heroes, and we know what’s happened since. Franchises have bene spawned, actors’ careers have been made, and billions upon billions of dollars have flooded into studios working with superhero cinema.

At this point, with dozens of superhero projects having reached cinemas, streaming services, and cable networks, we see all kinds of rankings of the best ones, the highest-earning ones, the worst ones, etc. But as we start to get closer to the 20-year mark of 21st century superhero cinema, we have another question: which have been the most important movies?

These are the ones we’d be sure to keep on the list. 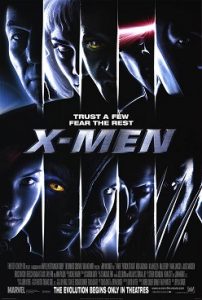 X-Men was the first superhero film of the century, and remains one of the most important simply because of all of the material it effectively launched. The franchise it started is still going strong today, and has led to spinoffs based on the likes of Wolverine and Deadpool, with more to come. An X-Men slot reel is still listed among the best games based on movies in its genre, 18 years after the film. And lost aside, there’s no denying X-Men’s broader impact on gaming either (though video games based on the comics existed before the film). It actually looks a little dated already, but this film established much of what we expect from modern superhero blockbusters. 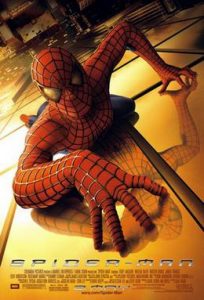 Speaking of looking dated, this first Tobey Maguire/Sam Raimi Spider-Man certainly does. Furthermore, it’s almost cheesy compared to the genre that sprouted in the years following its release. Nevertheless, even more than X-Men, this 2002 hit set in place the origin story tropes we’re still seeing to this day. It’s a fine film, and while it doesn’t relate directly to much of today’s material, it had as much to do with laying down the tracks as any other movie. 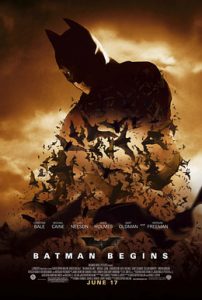 Just recently we celebrated the impact of The Dark Knight, which many still believe to be the best superhero film ever made – if not our best ever action movie. But while the sequel would likely top our list of the best in superhero cinema, Batman Begins is perhaps more influential. This is the case simply because it boldly cut a new path to launch an instantly iconic trilogy. The first half of this film looks absolutely nothing like a superhero movie, meaning in some ways Batman Begins set the bar for originality. 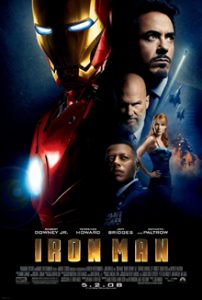 Iron Man is still one of the best superhero films we’ve seen this century. More importantly though, it reestablished Robert Downey, Jr. as a movie star and loudly announced to the world that Marvel was going to be a success. This is the film that launched Marvel Studios as we know it, and for that reason it might just be the single most influential film of the last 50 years (let alone the last 18).

Astoundingly, it took Hollywood until 2017 to produce a big budget superhero movie revolving around a female hero. For that reason alone Wonder Woman is an important installment in the genre. Throw in the fact that it was terrific, and that it inspired girls all over the world, and it’s impossible to measure how much this project really mattered. Indeed, in another 10 years we may look at it as being right there with Iron Man for its impact on the cinematic world.

Black Panther did for non-white audiences what Wonder Woman did for women. It was the first major superhero film to star a black lead, and it was excellent on top of that. This is definitely a film that changed superhero cinema for the better, and may even have launched a whole new wing of Marvel movies – though that remains to be seen. 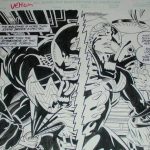 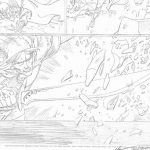