When you have a few jobs and a busy family life keeping up with the latest comic book applications does not always fit into your schedule. However when I was presented with the opportunity to list some new artwork on our website, little did I know I would be introduced to a very exciting new aspect of comic book reading. I was listing on our site the cover to the “Transformers Punishment” issue #1. I looked up the title to gather some more information and once I was at the TFWiki.net I quickly found out what this book was all about. Quoting that site “The Transformers: Punishment is a 5-issue mini-series from IDW Publishing. Released in 2014 immediately after—or perhaps even right before—its announcement at BotCon 2014, it is an original motion comic, designed for the Madefire app. It was available free on the app to Windows 8 users, and was later collected in print in a one-shot.”
Not knowing what the madefire application was all about, I started up my Surface Pro and in a few seconds the app was running on my screen. Sure enough one of the first free downloadable comics was this exact Transformers Punishment title that I had the original cover to. Another click, a quick download, and the comic came to life on my screen, sounds effects and all. In a matter of seconds I had an animated book moving across my screen. 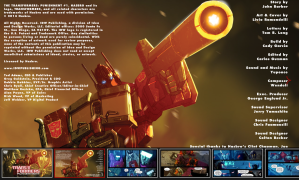 In this motion book Three Transformers are vividly blown to bits by page three and the effects really made it an entertaining read. The other great upshot of this app is the illumination the computer allows for, the lighting effects really jumped off the screen. Explosions, flames and especially the eyes of the Autobots and Decepticons really popped out with this effect. 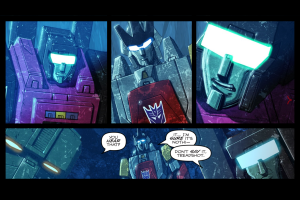 The panning and zooming images make it seem like an older Anime film. If they added voice overs it would be essentially a cartoon video. For myself it is right in-between a comic book and an animated show. It was great seeing what a cartoon might be like animated by a talented Transformers artist such as Livio Ramondelli, which by the way would be remarkable! It nicely blends the TV cartoon visual sensation while still allowing for a comic book feel to the read.
With the app installed there seems to be a lot of free titles and then others you can pay for. I am not sure how well it will work for other titles but for the Transformers it really worked for me. As I continue to explore this medium which is new to me I will come back with some other thoughts on what looks good and what does not. But if you’re like me and have not had time to check out all the latest in comic book readers, this app is a great way to jump into a new form of comic book reading and I feel it will appeal to my kids as well ,just have to find some pages with less Decepticon head’s being blown off 🙂

The site for madefire can be found here and the app was easily found in the Windows store.

The original artwork that we have for sale from this comic book can be found right here on our site. 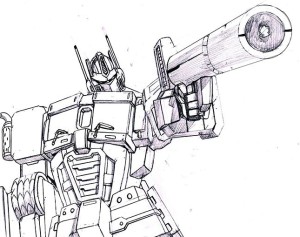 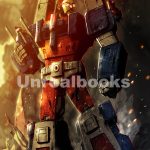 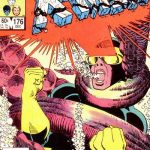 What to do with my comic book collection?Blog